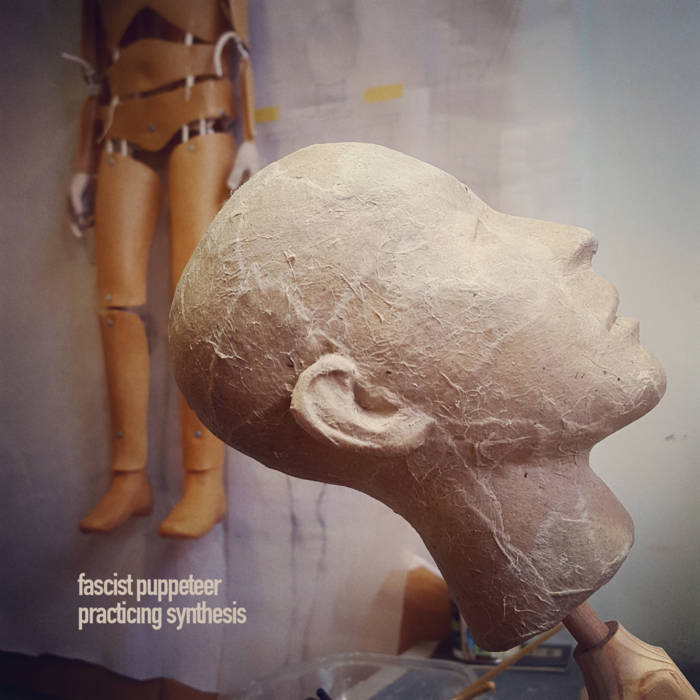 Fascist Puppeteer is Brian Ullman. The following are his comments about the songs:

"Trinity test" - This song started with the opening riff, and I just continued to build more riffs around it. The words mostly came from watching an alien documentary on the correlation between our nuclear weapons tests/storage facilities and UFO’s. Then I rediscovered the “Atomic Soldier” documentary on YouTube and that was the final straw for finishing the song.

"Kármán Line" - This was the first song I wrote for this collection. I took the title from a page in my notebook about the atmospheric layers. Something I got excited about after getting into the nitty gritty of audio. The music of this started with the intro riff once again. Actually, inspired after learning a Vince Gill solo. It was fun to play, and I was just chasing the fun.

"Destine Odyssey" - The lyrics to this song were mainly inspired from a documentary on Andre’ Segovia; a world-renowned classical guitarist. Though it starts with my father’s professed childhood fears of “Indians and Quicksand”, thus the need for the “Fanner 50” cap guns.

"Do That Thing" - This song was special to me; due to the fact it was mostly one take on everything. I laid the drums out first, as a map for song structure. After that I was laying down modulated vocals, not knowing where it was going. I was reading out of my notes on my phone and only knew I wanted this song to be “Do That Thing” for me. Which I felt I bit odd chanting in this haha, but it was the message I wanted for sure.

"Demarcation" - This is the last song I wrote for this. I knew I liked the idea of a water theme. I often used earthly themes to hide my personal thoughts and feelings behind. I watched another show talking about the Usselo Soil Horizon and how it was sort of confirmation of the great flood and the prophecy of that; and inferring that was proof of us not being alone.

"Memory Lane" - I almost added vocals to this song, but was happy to have an instrumental similar to some I had done in the past. Using the name “Fascist Puppeteer” allows me to make whatever music I would like, no matter the genre; and I really appreciate that. This song and album are about closing up a chapter and moving on; so, Memory Lane seemed an appropriate title.

All songs written, performed, produced, and mixed by brian ullman