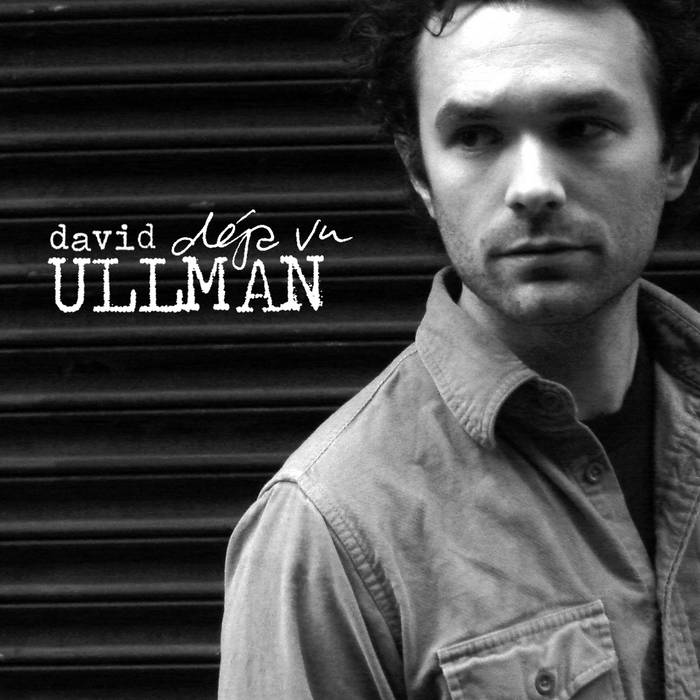 Download the Behind The Scenes video (also for free) @ vimeo.com/dreamingoutloudrecords/bhscenesdejavu

Deja Vu is a strong EP from David Ullman, or as he calls himself, the "sad b-a-s-t-a-r-d solo singer-songwriter" (dashes added by author to avoid you all seeing "*******"!). I always thought it was funny that if any other professional staked a claim with a tag-line like "Barry Smith -- sad b-a-s-t-a-r-d accountant!" ... that would probably not go over so well. But for a folk singer? It's perfect. Ullman delivers on his tag line with some sweet-yet melancholy tunes as well as one that lives up to the ... well, the b-a-s-t-a-r-d part. But it works well.

The title track is a sing-alongable lament with snappy guitar work and tight production. Deja Vu would stand head to head with any Howie Day or Matt Nathanson tune and fit right in, though David's music has that tinge of loneliness that makes it easy to relate. (Well, I think most people would relate. Maybe I'm just bitter and lonely). "I can feel it coming 'round again, love, begin just to end again," captures that inevitable feeling of "been there done that we're doomed" in a new relationship.

Deja Vu transitions well into "Secondhand," in which Ullman pleas, "I need a secondhand heart, only slightly ripped apart ... give me someone who will never let me down." He's not asking a whole lot in the grand scheme of things, and the humbleness works within the subtle desperation. Again the production works well with the song, adding a ringing acoustic melody and good percussive beat toUllman's strong vocals that are almost reminiscent of the vocal quality of Sting (in a good way).

"Snakebit" ... this song has the line, "I hate to complain, I know I got it good" -- but then it rips into a plethora of observations and complaints about the world at large. Ullman's just doing his job as a songwriter with this track, pointing out all the incongruousness of life in an interesting way. Following suit but getting more specific, the last track, "Mulletman," ("He's so handsome, sugar sweet, treats you like a piece of meat") is a nice lambasting of those jerks who know they can get any girl and are even jerkier because of it. It's a song borne of jealousy but could also actually serve as a public service announcement. Listen to David, girls. Guys like Mulletman aren't worth it, and if you can get your dose of reality in an entertaining way from David Ullman's closing track, all the better. Ullman ultimately offers up a good slice of life on this acoustic EP, and a little "sad b-a-s-t-a-r-d" never hurt anyone ... it just might help get you through the day.