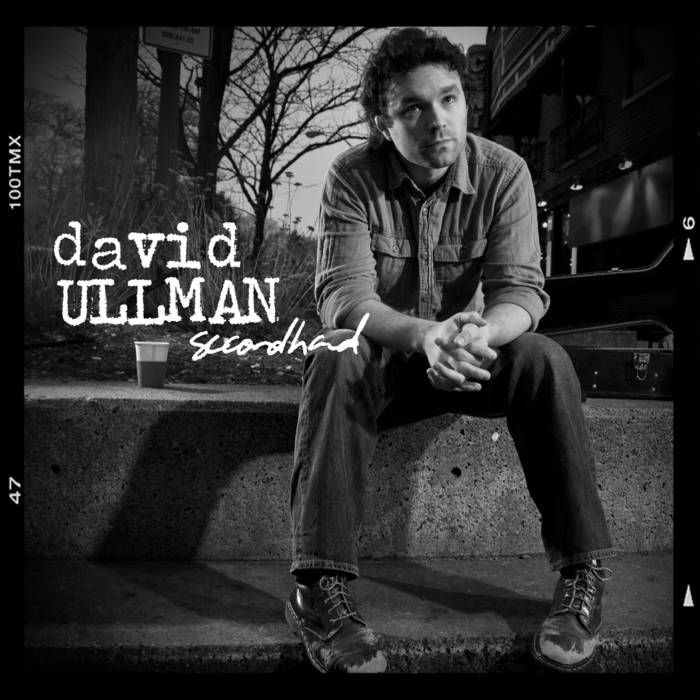 Q: Can you list each song and tell me about the meaning behind each song?

A: “Secondhand” - It's about trying to find hope when you feel hopeless. The line "Kindness is contagious, so come on be courageous and give your love away" is something I always feel good singing.

“Safe” - I'm not sure what 'safe' is about. The chorus came out of some “scat-type” improvisations I did while I was searching for the vocal melody. I just kept it. I have some inclining or feeling about what it might mean, but it's nothing I could articulate. "Won't you be my TV-dinner-date" is a line that gets a lot of attention. It's a live favorite for some and loathsome to others.

“Start Anew” - A lovey-dovey ballad that I wrote almost ten years ago. It was the first song that I’d written since I was a pre-teen (back then I wrote 50’s-style Buddy-Holly knock-offs!). The guitar part is something I’d been playing for years, and the vocal came about in a similar scat-type way as “Safe.” Actually, it’s because of “Safe” that I chose to include “Start Anew” on DOG DAYS in the first place. After switching the key to the one that you hear on the single, rather than an earlier, m ore up-beat full-band rendition (dubbed the “O.C. Mix”), it ended up reminding me of “Start Anew.” That’s why it re-appears on the EP—that, and because I had a new, beautifully re-mastered recording that I want to share.

“Who Cares” - This one's about taking an objective look at unrequited love. One person is totally consumed with intense feelings while the other is flattered--at best--or simply indifferent. I usually sing about relationships so earnestly. This song gave me a chance to have a bit of fun--maybe poke a little fun at my self.

Q: How was making this CD similar to making DOG DAYS? How was it different?

A: Well, these recordings were initially part of DOG DAYS. As a matter of fact, most of the material for these two songs was recorded in 2005 during the first sessions. It became apparent that "Safe" and "Who Cares" didn't fit the overall vibe of DOG DAYS. A good friend of mine thought "Safe" was too "poppy." He thought it belonged on the "O.C." tv-show. Coming from him, this was not a compliment! This was not the effect I was looking to have, so I tried doing a slightly slower and low-key, more acoustically based recording, which is the one included here. Ultimately, though, neither version fit.

Working with these songs now, in a different context, was liberating. I didn't feel so precious about them as I did when putting together my full-length debut. My brother's a talented producer, and he was particularly interested in finishing “Who Cares,” so I just let him roll with his ideas. I really like what he came up with. Not my best vocal; but, hey... They don't call 'em "B-Sides" for nothin'!

Q: What new experiences did you encounter making the SECONDHAND EP?

A: The drums for this version of "Secondhand" and (the only version of ) "Who Cares" were both recorded in a professional studio, rather than someone's home (like the recordings on DOG DAYS). That was a very good experience for me. After laboring over the tracks and takes on DOG DAYS for three years, it was really cool to go into a recording studio for three hours and come out with high-quality sounds for four songs. Much of that has to do with the talent of drummer Brian Yost, who came in to capture the energy he'd been adding to my live performances at that time (Spring 2008). It makes me really want to the whole process in a studio next time around.

Q: How did you choose which recordings would appear on this CD?

A: Well, “Secondhand’ is the raison d'être this disc. I think of it as a “single,” but more in the traditional sense of the word—indicating a physical release with a lead-track and supporting “B-sides.”

"Safe" and "Who Cares" are the remaining unreleased songs from the DOG DAYS sessions, and I wanted them to have a home—particularly because some folks really like “Safe.” Since it was, for some, a live-favorite, I ran a poll on my website to let listeners choose which version got released (the full-band “O.C. Mix or the more understated “acoustic version.” Hind sight made me really appreciate the full-band treatment, but the acoustic version won the poll—hands down. The “O.C.” Mix is available as an exclusive free download to members of my mailing list.

Q: When you listen to the CD, what excites you the most as its creator?

A: The drums on "Secondhand" and the production on "Who Cares." I also really like the guitar sounds on “Start Anew” and, to be perfectly honest, I’m proud of the artwork. A very fortuitous photo shoot opportunity came my way just weeks before the EP went to press.

Q: What makes you proud to share this with friends and family, and, ultimately, fans?

A: This is the fourth version of "Secondhand" I've released in some fashion, but it is (by far) my favorite!

Q: How will fans react to this CD compared to your previous releases?

A: That's hard to say. People who prefer my solo live shows will likely dig “Safe and “Start Anew.” On the other hand, fans who’ve had a chance to see me with a live band will hopefully appreciate the energy that (Drummer) Brian Yost brings to the table.

Actually, during the studio session when we recorded his parts, Yost predicted people’s reaction. He said that folks would say (reg. 'Secondhand) "Oh that's a cool version of that song I know,” and "Oh! That song" (reg. 'Safe'); then, when “Who Cares” comes on last, they'll just yell 'What the HELL?!?'" I think that pretty well sums it up!

All Songs by David Ullman / BMI

All photos by Dan Mosora (except pages 2-3, 6-7 by Elizabeth Myers)