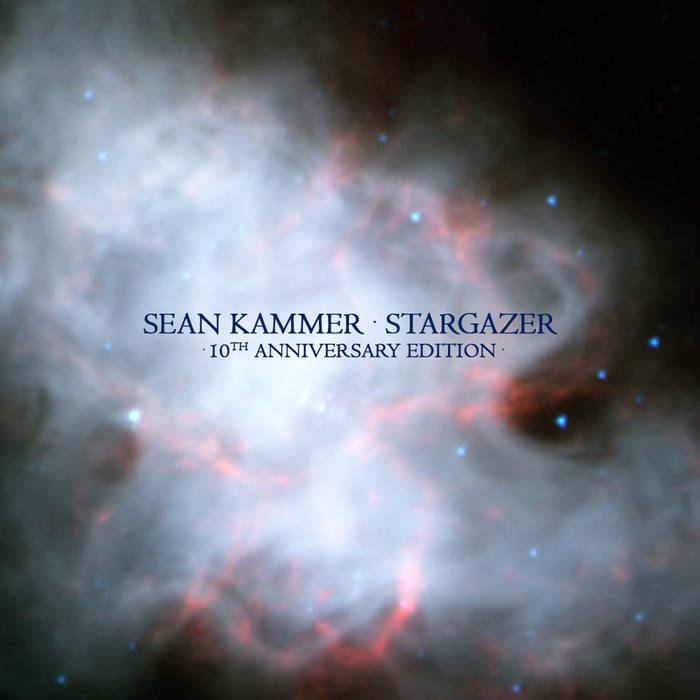 Dreaming Out Loud Records has asked me to explain my album STARGAZER in light of its 10th anniversary and the release of a new expanded edition. This is not an easy task for me. I'm really not much more forthcoming in conversation than I am in song, but I'll do my best.

Let me try to start at the beginning.

It was this fascination that led me to major in astrophysics in college. I even mostly enjoyed the physics courses I took, if you can believe it. By the end of my junior year, though, I realized that my interest in stars and space had nothing to do with the science of their being. Rather, my interest was in what they said to me about my own being, about my own place in the universe, about whether “I” even exist. What I had learned by that point was not from classroom lectures or labs. Rather, I had become convinced that STARS ACTUALLY DO SING, but only if you listen. I learned this not from labs, but from experience.

You see, our universe is a paradox. It’s filled with everything but is still mostly empty. It’s overflowing with energy but is still cold. It certainly MATTERS, but for what and to whom we don’t know, even if we like to pretend to have all the answers.

STARGAZER is my admittedly clumsy attempt at exploring these issues, all the while keeping up a beat you can dance to (just kidding). I open the album with an admission: “All my words sound the same to me now. And you know me too well to believe.” This is an odd way to open any conversation, to be sure, but that’s also exactly the point. This is not a conversation. It’s a confession.

(And like any good confession, it reveals only what's required for me to feel better and to avoid the most serious of repercussions.)

That said, here is my best explanation of each song:

BELIEVE – This song is written from the perspective of a person in an existential crisis, not sleeping, not functioning, grateful for his many privileges--including the privilege of living--while also resenting them. This person feels isolated, stuck in his own head, but with a beautiful view of the night sky (and the endless opportunities it has always represented)--through a window that remains open. He wants to reach out, but everything is just a bit too distant. It's all just out of reach.

HUMILITY – This song is written from the perspective of my best friend growing up. He grew up in a very conservative, very traditional, very patriarchal church. Despite that upbringing (or maybe because of it?), he was somewhat experimental or wild in his consumption of what society offered, while also always questioning what it all meant. We would talk for hours at a time, all the time. A year or so after I left home after high school, he joined his church, effectively becoming a new person. I treated this as a betrayal--and it devastated me--though I couldn't admit that to him (or even to myself) at the time. And in many ways I still can't. This song is as much a condemnation of me and my pride as it is of him and his religion. Who are any of us to judge? Why can't I truly be humble?

CONGRATULATIONS - This song is about my tendency to become dependent upon my relationships with others, not so much for my sense of self-worth, but rather as a form of accountability to keep myself from spiraling out of control. The lines between the favored and the forbidden, or the forgiven and the forsaken, might be crooked, but I know on which side I need to stand, at least when I'm on my own. I need not be alone though! Meet me and we can hold hands, we can dance, and we can love, and nobody will notice the lines we've crossed along the way. I can't explain it, but we need to get out of here.

YOU DON'T CRY - This song is also about dependency. (Actually, all of these songs are about dependency, in a sense.) This one is about the need to feel happy even when all external stimuli tell you you should be pissed off. This song is a half-hearted attempt to get you (or rather myself) to wake up. It's okay so long as you recognize things can also--and will also--get better.

OVERLOOK - This song is about my love of nature, or perhaps more accurately my resentment of those who are able to see God or truth or salvation in nature. The title has two meanings: in one sense, it's an internal dialogue of one at an "overlook," a turn-off from a highway designed to maximize visual pleasure, this person prodded by nature's grandeur to reconsider the meaning of life. In another, it's an implicit plea for the listener to convince me I've got it wrong. Convince me I've OVERLOOKED something. Haven't I?

STARGAZER - This song is more or less a traditional breakup song. The first of the songs that would end up comprising this album, it is, in many ways, a whiny, post-adolescent plea for the universe to be less cruel. But it also recognizes the inherent narcissism in thinking that anybody else truly needs you. The truth is you need them. The line "somewhere there's a star we can reach" refers to the notion that she and I would still help each other realize even the most impossible of our dreams, even if not in the way we originally envisioned. That's countered by my sometimes crippling fear that I meant nothing to her at all--that I've become a mere "footnote" in her life story. Really though I just wanted her back.

I don't know. This might be the best I can do. I'm old enough to admit I don't have all the answers. I'm also old enough to see that my flaws are what make me human. And I just now realized this was the point all along.

Thanks for being a friend.

All songs by Sean Kammer.

All tracks remastered by Sean Kammer.