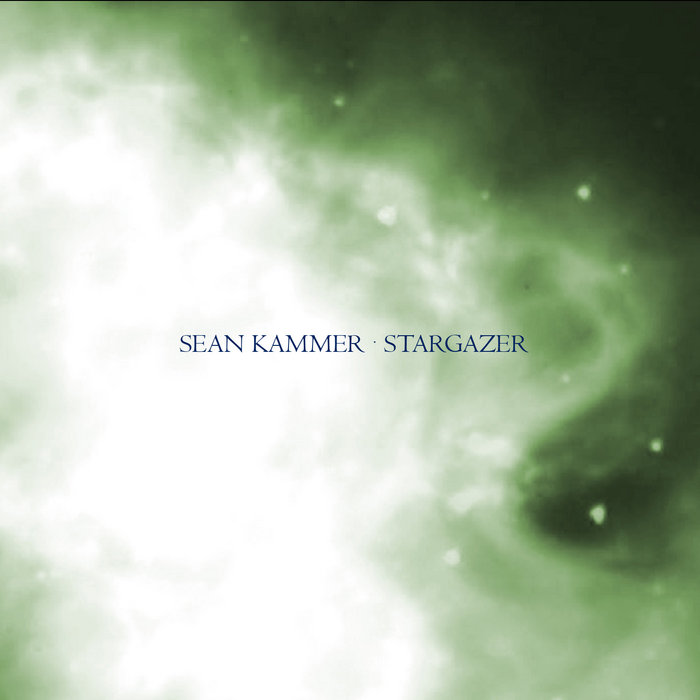 A work of endless nuance, the songs on STARGAZER sound at once organic and ethereal. Kammer’s understated vocals and hypnotic guitar strum rise above swirling reverberations of unknown origins.

After a brief overture, a djembe drum announces the beginning of “Believe,” in which Kammer seems to be trying to sing himself out of a state of doubt, despair, and indifference over an innovative tapestry of harmonicas. The spoken-word-verses of “Humility” eschew saccharine sentimentality in favor of brutal honesty as the vocalist bids a final farewell to an unforgotten friend. This interesting juxtaposition of irony and earnestness leads into “Congratulations,” a strong song with a faint feeling of claustrophobia. Abrasive echoes of unintelligible phrases bleed through the mix as Kammer sings of darting eyes and cloudy nights. “You Don’t Cry,” perhaps the album’s most accessible track, showcases Kammer’s keen sense of melody and verse, with a heavier assault from the paranoiac voices of “Believe” taking over the song’s closing moments.

A cohesive musical statement, STARGAZER'S connective tissues reveal reverse melodies and fleeting reprisals, particularly in the disc’s concluding title-trilogy. The CD’s namesake tracks are linked by intricately interwoven leitmotifs and rhythms, all of which are performed by Kammer. “Stargazer I (Overlook)” is driven by the wail of his slow, yearning electric guitar and poignant piano chords. “Stargazer II” features one of Kammer’s most beautiful chord sequences and perhaps his most plaintive vocal performance, delicately delivered in a heart-broken croak that calls to mind a tenor translation of Leonard Cohen. The weight of the album’s cumulative melancholy is leavened by the song’s final line: “somewhere there’s a star we can reach.” The haunting closer “Stargazer III (End Game)” features one of only three contributions to the disc by another musician. Brian Ullman’s double and triple ebow guitar lines—reminiscent of Kammer’s own approach to harmonica accompaniment—will linger with listeners long after Stargazer reaches its end.

All songs by Sean Kammer.