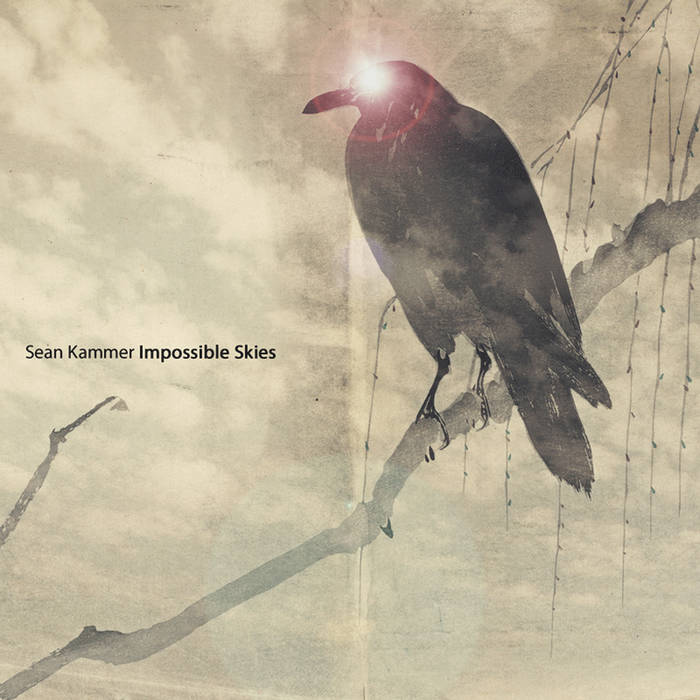 Sean Kammer, a local singer-songwriter in Lincoln, Nebraska, released his new single, “Alone,” at midnight last night in support of his new EP, Impossible Skies, set for release on May 31 under pal David Ullman's Dreaming Out Loud Records label. The track, “Alone,” represents the sound and tone of the new record. Produced in Kammer’s home studio, this sound is at once intricately textured and unabashedly bare. It is utterly lacking in radio-worthy hooks, yet its subtle melodies linger long after the last echoes have faded to black. With this release, Kammer builds upon his previous album, Stargazer (2006), both musically and thematically, while retaining his adventurous willingness to challenge the contours of the singer-songwriter genre.

The title of the first single perhaps belies the fact that Kammer did not, in fact, make this record alone. While Kammer supplied the guitars, piano, percussion, and bass guitar, the EP’s genre-bending sound owes much to the contributions of two distinguished musicians with diverse musical backgrounds: Chris Steinke, who performed saxophone on two tracks, and Rebecca Wingo, who provided backing vocals on three tracks. Steinke grew up playing saxophone as a member of various jazz and blues bands in Lincoln, Nebraska, and after stints in Boston, Chicago, and back in his hometown, he now plays in a rock band and freelances as a jazz musician in Albuquerque, New Mexico. He has also appeared on releases by Tom Larson and Pablo Masis. While Steinke’s background is firmly rooted in jazz and blues, Wingo’s is in bluegrass and country, two genres she learned to love as a young child following her father’s band to countless bluegrass festivals in and out of her home state of North Carolina. While a college student in Chapel Hill, she co-founded the a cappella group Cadence. She is now an emerging star on the karaoke circuit in Lincoln.