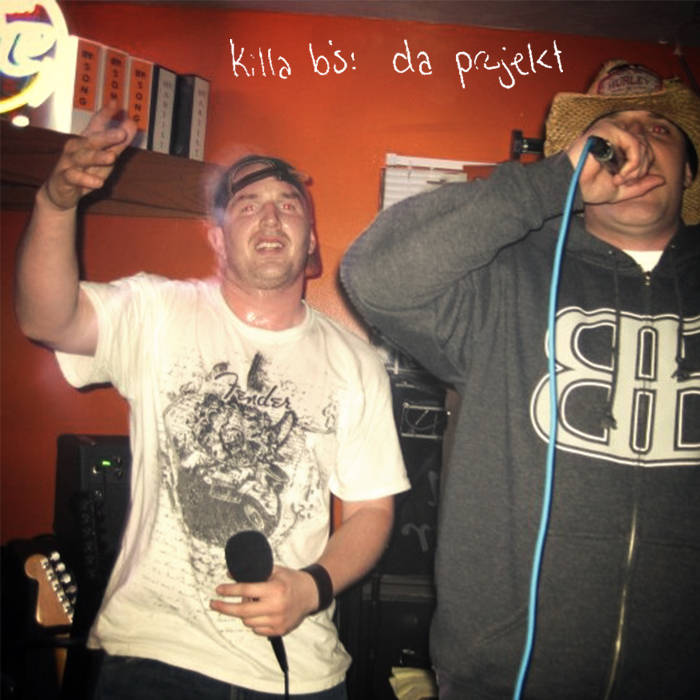 Originally available as hand-made-and-burnt CD-Rs in November 2000, this collection of acoustically arranged classic "hip-pop" songs from the 1990s has been newly re-mastered and is presented here with unreleased tracks "ride wit me" and "ain't nuthin but a b thang." The free digital download also includes a .pdf of the Killa B's three-page feature in the December 2000 issue of HỲP Magazine.

“Da Project” wasn’t designed for the crowd it hit,” says Brian Ullman of his acoustic-rap compilation that has now sold over 80s copies locally. “It was made for a group of friends who were leaving for college and wanted a recording.”

The recording those college-bound friends were begging for included songs they had initially heard as impromptu jokes around a campfire. “I would do Vanilla Ice for fun to lighten things up,” remembers Ullman. “Brody [Adams] started doing most of the rapping part and I would do the accented lines… it started to become routine and everyone wanted to hear it.”

Using the Cakewalk program, Ullman, who possesses an incredible ear for music, figured out five additional rap songs on his acoustic guitar. These were to accompany the “Ice Ice Baby” track on what Ullman and Adams decided would make a memorable going-away present.

Later, Ullman and Adams — with the help of Circle of Willis drummer Zack Kelly and myriad family and friends — would add two skits and five more acoustic tunes to the mix, rounding out Da Project, a truly unique and incredibly fun CD.

“Intro”: Dialogue leads into the record… “I just wanted to have things like that in there because rap CDs always do,” says Ullman.

“Regulators”: Killa B’s handle the alternating vocals on this cover of Warren G’s 1994 hit “Regulate.” It’s from my favorite rap album, and it has the two [vocalists] trading off, so it seemed to be a perfect choice,” says Ullman.

“Ice Ice Baby”: The song that started it all. Includes background vocals by Tim Lance and Eric Robinson and “snaps and claps” by Ullman’s father, Jim.

“Gangsta’s Paradise”: Chosen, again, for its dual vocals, this cover of Coolio’s 1994 Grammy Award-winner “is an oldie but goodie,” says Ullman, “that offers a few interesting things, such as the lady in the background — that’s my mom.”

“Whoop There It Is”: “This was more challenging in the sense of other things besides guitar and bass parts, such as background noise and other percussion parts,” explains Ullman. That percussion includes Ullman hitting Adams’ head while his mouth is over the mic. “It helped get a good finished product,” says Ullman.

“Be Friends” : Mid-disc dialogue features Ullman’s sister and friend Adam Morris. “[We were] trying to think of a typical breakup, from a guy’s perspective, of course,” says Ullman, “just to show the girls how stupid they look when they use the same damn lines every time.”

“Dirty Words” : Killa B’s opted for an alternate title (the original can’t be printed here) to this quick string of obscenities.

“Boyz In Da Hood”: Like “Ice Ice Baby,” one of the songs specially requested for the CD by its initial audience.

For fans — and future fans — of Da Projekt, there is great news: “With it’s success, I’ve decided to produce a second Killa B’s album,” says Ullman. He promises the new disc will feature more rap songs, more friends and family members as guests, and track such as Slipknot’s “Wait and Bleed” and Limp Bizkit’s “Faith.”

“This one will be twice the DC that Da Projekt was,” promises Ullman. “I’m excited about this one.”

As are all who have listened.

all guitars and bass - brian ullman