.​.​.​and So god Scratched Out the Truth

by Stuck In The Meantime 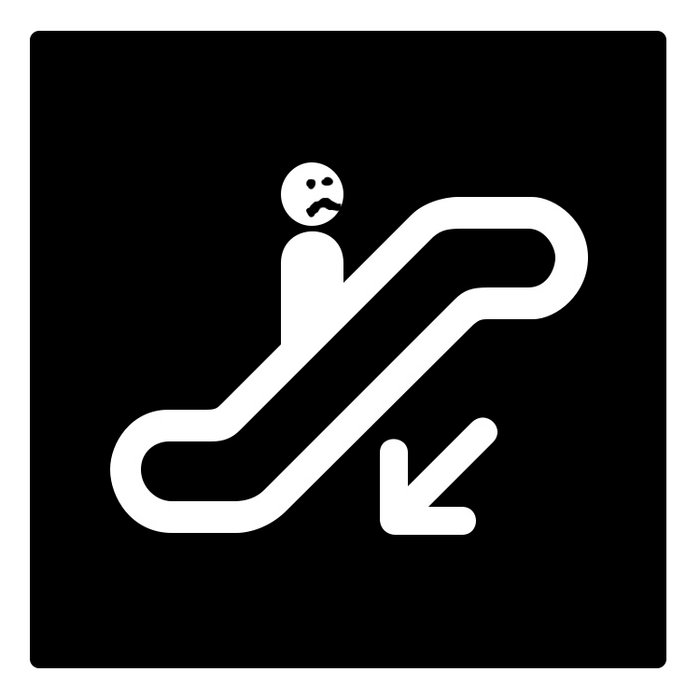 DU: Can you list each track and tell me about the meaning behind each song?

JRo: "Landslide" was written based on a poem that "she" wrote and had posted on reddit after we had separated, in which she said she had lost her anchor. "Landslide" was a reply and a reminder that we don't have to go through hardships alone.

"From: Once Where I Was Blind." It's a reflective piece about choosing the path of least resistance. And how comfort isn't necessarily the place we are suppose to be. and the dangerous dance between Clarity and Insanity when you spend time being obsessively reflective. There was an entire vocal part over the end piano section that I had recorded, but decided to keep it for myself and just left the "now I see" at the end.

"Wayside (you've gone to far) part. 1" This is a song I had written lyrically back when I was recording the This Dust Was Once the Man album. We were all at each others throats. I was learning my craft and spending a lot of time trapped in a basement mixing. No one was practicing or moving forward so I would take breaks at time and just write and play stuff. Nate (Pelfrey) came over and did one take on the bass and spent the rest of the time adding more and more. Then Brian (Ullman) came over and killed it. If you could imagine the propulsion of life to be a car, this song is about being broken down on the side of the road pointing fingers at who didn't put the right oil in.

"To the Vixen goes the Spoil" is based on childhood cartoon called the Dot and the Line: A Romance In Lower Mathematics (youtu.be/OmSbdvzbOzY). Simply put dealing with feeling like you'll never be good enough and struggling to become better, and then once you've reached that point realizing you're past it.

"Losing Pisces Divided by 3" is about paying for an Abortion that I felt was morally wrong. Wondering if it was even my child I killed. etc. I'll leave it at that it was a difficult piece to deal with. It references a lot from the Social Blunder Album dancing around lyrics and comparing the selfishness of the Pisces as they both were. I don't know..

DU: How was making the newer ASGSOTT similar to making the 2006 version? How was it different?

JRo: It was similar in the sense that I was using the creative process to cope. You could say self medicating in a way. I was alone both times afterwards and spent all day drinking, writing recording etc. It was different because I had a better grasp on the technical Knowledge needed from an engineer's standpoint, so I spent a lot more time tweaking things as I went instead of relying on others like Sean (Kammer) and Zach (Kelly) to handle such things.

DU: What new experiences did you encounter making the Stuck in the Meantime EP?

JRo: Complete Isolation. Social Blunder I wrote when I was living with my sister. I would get off of work temping at a factory at midnight and stay up all night with headphones on recording parts from a drum machine and scribbling lyrics on paper. But when she would get up in the morning and get the kids ready for school I had a chance to step away from it and be part of a family and feel love. With stuck in the meantime I was completely alone. I didn't have a phone, was stealing internet from the bar next to my house so I had to sit in my kitchen to even get that. I was only working two nights a week 4hr shifts running sound at Mahall's so I had a lot of time on my hands. I would go 3 or 4 days at a time without talking to anyone at all aside from going to get more alcohol. I was pouring Southern Comfort in my coffee in the morning and going straight back to work on the song at hand. After the pot of coffee was finished I switched to pbr. It got to the point that I was going through a 30pack (grant pack) every two days. I remember how hard it was to talk to anyone at all about anything, and how uncomfortable it was to go out anywhere after it was said and done. I also had a lot more tools at my disposal tons of software synths drum loops to play around with.

DU: How did you choose which songs would be included?

JRo: I didn't. They chose me... When I decided that this was definitely going to happen, I made some ridiculous guidelines on the way I wanted to work. Much like the ASB album where I had booked the cd release show before I had even started recording anything, this one I decided I was going to release a song every week. I had nothing written and was obsessively working each week on each song. I would say most weeks I was putting in 70 hours if not more. I tried really hard to stick to that week deadline throughout. From a blanked canvas new session to bouncing down and mastering. "Wayside" took the most time because it had Brian and Nate's footprints on it, and they weren't as committed to the time frames as I was, but they were so supportive and it was a lot of fun to work with other people again.

DU: When you listen to finished mixes, what excites you the most as their creator?

JRo: I guess the fact that it was a period at the end of a sentence. I've always struggled with follow through, and it was a giant goal to compose all the instruments, edit, write some more, mix, write and record vocals, listen, mix, edit, all in a week. I would always do the mastering in the mornings with fresh ears and then put it up, but the thing was I didn't get a chance to sit and listen and enjoy it cause I had to start from scratch and was already falling behind the next week. I knew that the mixes would suffer and that some of the ideas would get lost but it was more important to learn to be assertive and be ok with making a final decision and letting it go. It taught me a lot about being indecisive and I think made me stronger. Considering all the work that went into it each week I'm pretty happy with the way the mixes turned out.

DU: What makes you proud to share this with friends, family and fans?

JRo: It's a way to communicate who I am and who I was that will be around forever. It's the story of my life wrapped up in a 3 minute or so package. It's a lot easier than conversations. I don't know that pride comes into play. I don't know why I choose to do it. I know that this time it kept me alive. I hope that there isn't a third installment. I'm really excited where my life is going having a kid is going to be an interesting transformation, that is going to take some time growing into musically. Maybe a children's album. I don't know. both albums were so painful to write and I've never written outside of that. I guess I'm happy to share as a cautionary tale of sorts. You once said to me, Dave, "no one hurts like you do" and I've spent a lot of time thinking about that. I enjoy being honest with my friends, and family. and love getting the same in return.

Stuck In The Meantime is James Robinson.